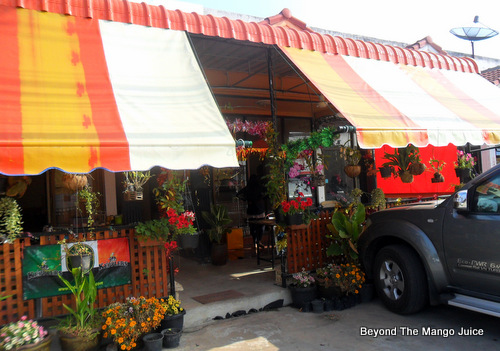 Papa Farang’s Bakery in Udon Thani is a thriving business whose name does a great disservice to itself because it is so much more than a bakery selling bread and pastries. Papa Farang’s has a whole load more goodies and delicacies inside its shop, and outside, there’s a flower-decked seated area with a menu that’s popular with both Westerners and Thais. 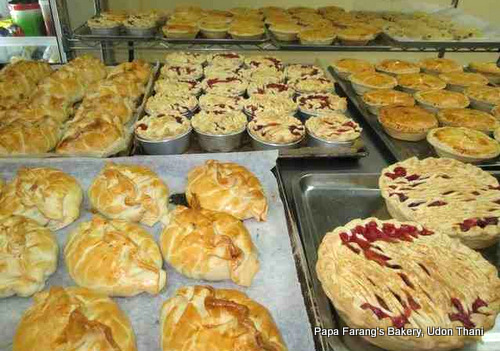 Papa Farang’s owner Dean (formerly of The Monkey Bar in Nutty Park), has fast-tracked himself a reputation in Udon Thani as a master baker of bread loaves, both fruit and meat pastries, as well as colossal sub rolls, English muffins, naan bread, bagels and other ‘dough-light-ful’ delights. But since opening his bakery early last year Dean has continually added new, popular and novel foodstuff and dishes to his shop and outside café menu, and rightfully gathered sugar-coated kudos for his efforts from Udon Thani’s large expat fraternity. 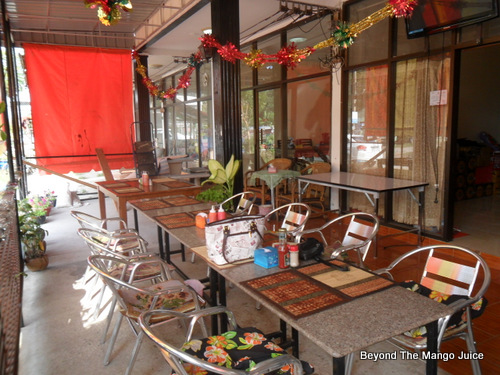 The picture above was taken very early Sunday morning before the breakfast club hit Papa Farang’s. Sunday is a busy time for the café because its lunchtime Sunday Roast buffet is hugely popular with Udon Thani’s expats and some Thais as well. The Sunday lunch comes with a choice of meats, and a self-service mountain of mashed and roast potatoes, a mix of fresh vegetables, Yorkshire puddings, mint sauce and gravy. There’s also a choice dessert, all for the mind-blowing price of 200 baht (£3.75/US$6). 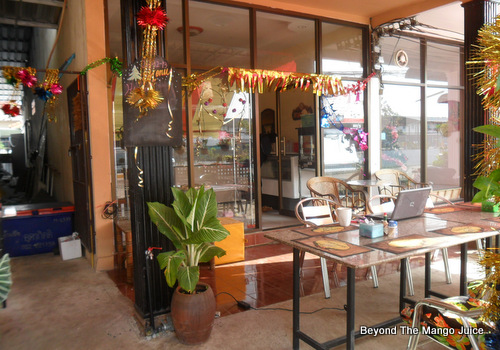 Here is a sample of some of the things available at Papa Farang’s Bakery. 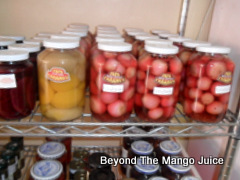 Dean and his staff at Papa Farang’s seem able to turn their hands and roll their pins to just about anything and everything.

Home-made pickles and pickled onions are a big favourite among Dean’s ever-growing band of customers, and his potato salad has legendary status in Udon Thani among Papa Farang’s ever-growing army of ‘swallowers’. 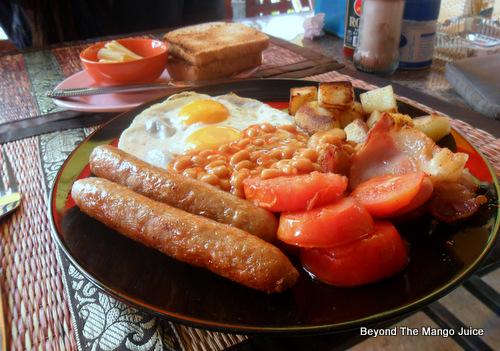 Above is a photograph of Papa Farang’s amazing big breakfast which is a steal at only 140 baht (£2.60/US$4.25). The price includes a large cup of tea or coffee. It not only looks good, but it also tastes really good too.

Papa Farang’s is a superbly run business and an excellent example and a great advertisement for the kind of quality western food that can be found in Udon Thani.

How to get there 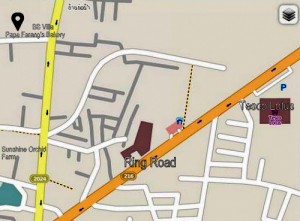 Update January 2015 – Papa Farang’s has now moved to a new location. See the map below. Click to enlarge.