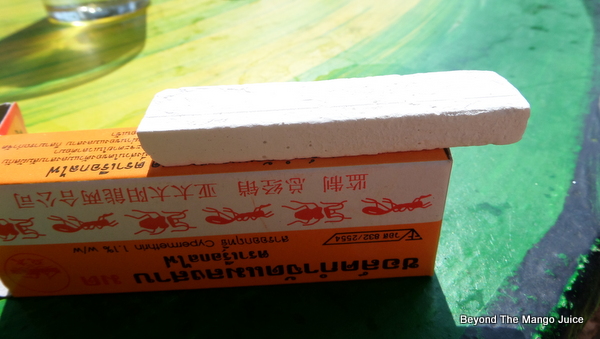 Does ant chalk work? I decided to find out by holding a couple of basic experiments in our Thai village garden to see if the Chinese made, ‘Miraculous Insecticide Chalk’, would get right up an ant’s nose and send it packing to pastures new.

Ants can be a real pest (pun or no pun. Up2You) at the best of times, roll out a scorching Thai summer’s day, and ants are an absolute nuisance. They are known as social insects, but ‘annoying buggers’ would be a far better term. Ant chalk deters or kills them.

Ant chalk is used in Thai villages (towns and cities too) to thwart the onwards and upwards march of ants. Village shops sell it and use it as well – that’s a definite thumbs-up for the product. The chalk’s used to circle around shop table legs which have sweets and cooked meat above. The theory is the ants won’t cross the chalk line.  China’s ‘Miraculous Insecticide Chalk’ stops ants from scaling the table legs and masticating on the displayed food. Reread it. It says masticating. 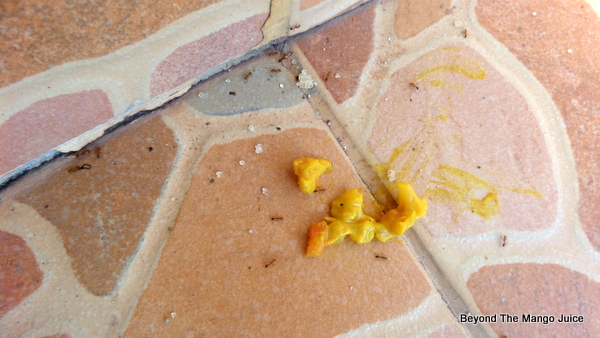 The first test wasn’t a significant success. I’d put down a teaspoon of Papa Farang’s delicious sweet piccalilli, but the ants didn’t take the bait. The piccalilli attracted some interest but not too much. I decided to try again but this time using ant chalk. 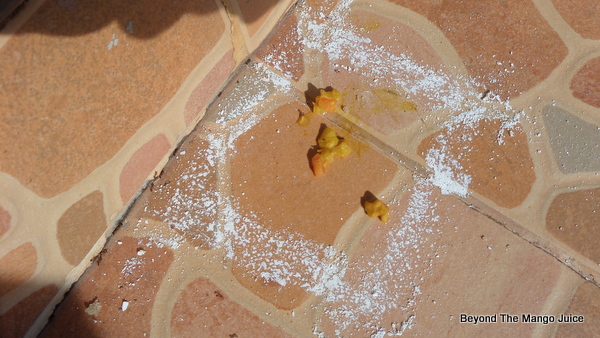 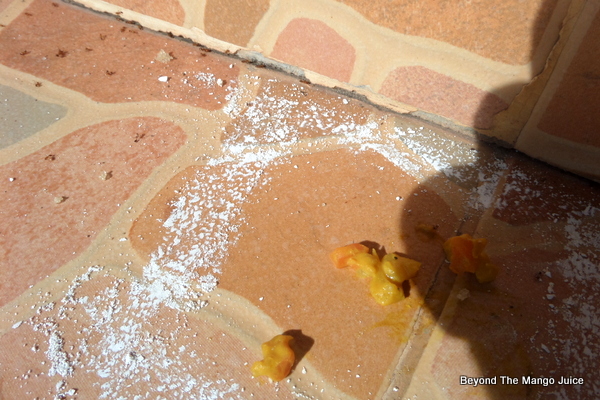 The picture isn’t too clarion because I got my big head in the shot, but there’s a bonus to that. If anyone Google’s the words – Big Head + Masticate –  they should land on this page. So did the test prove ant chalk works?

By the time I returned, the sweet piccalilli had dried out in the blazing sun, but no ants were feasting on it and no live ones in the square – just two dead ants. The ant chalk is toxic and banned from most Western nations but still widely available in countries like America via the internet and Chinatown markets.

A few ants were patrolling the area to the left of the chalk square but none attempting to cross the line. The experiment seemed to prove ant chalk worked, but I needed further proof and decided to rerun the chalk test with some savoury cheese biscuits. The area around our garden table had a small army of ants ‘socializing’ and searching for food. It was the ideal spot for the test. Our Shih-Tzu dog, Tang Moo, decided to join in as well. 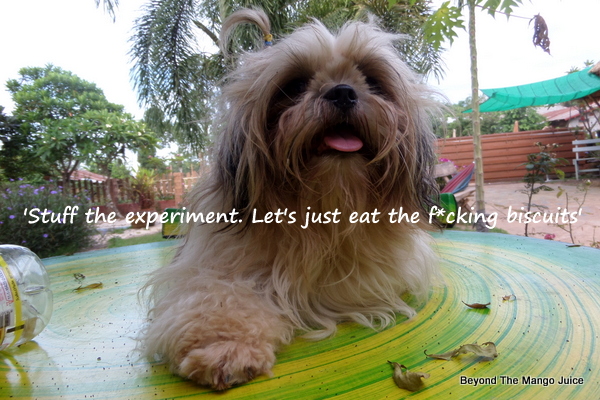 Tang Moo was keen to get started and even more so to check if the savoury cheese biscuits were satisfactory or a garden-variety, run of the mill snack. 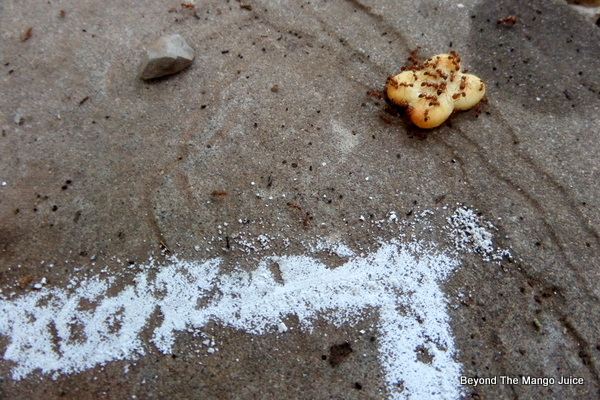 I placed two cheese biscuits inside a chalked square and one outside near the top right corner. Within seconds ants had swarmed all over the single cookie and were feasting like crazy on it. 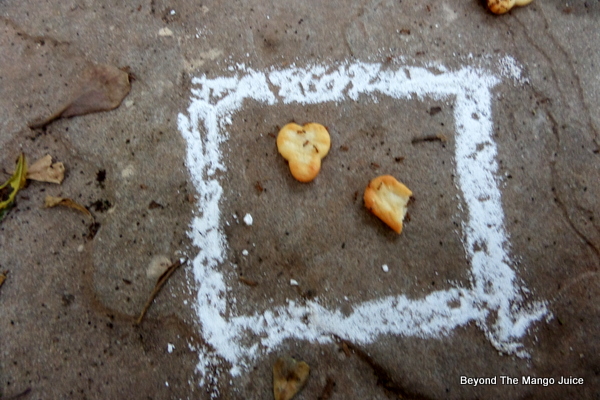 The biscuits did attract some ants to scurry inside the chalk box but only about a half-dozen. In the right corner of the photograph, you can just make out the single biscuit being partied-on. So what was my conclusion?

I believe ant chalk does work, not 100%, but if drawn around table legs, any ants that crossed the line would either be dead or on their last legs before they reached the tabletop. Also, the ant chalk tests proved, Shih-Tzu’s love cheese savoury biscuits, ants do have jungle drums, and at least six ants out of every ant colony are deaf.

Have you ever used ant chalk, and if so, did it work for you?