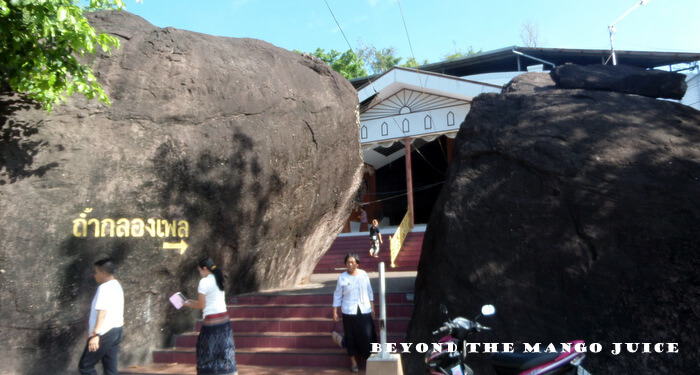 Wat Tham Kong Pen in Nong Bua Lamphu is less than a one hour drive from Udon Thani city centre. A journey that’s worthwhile because the forest temple is built amidst sandstone rock formations and is a fascinating site to explore. I first mentioned Wat Tham Kong Pen in my previous post-Udon Thani in Pictures – May 2015, and now I’ll expand on that brief acknowledgement in more detail. 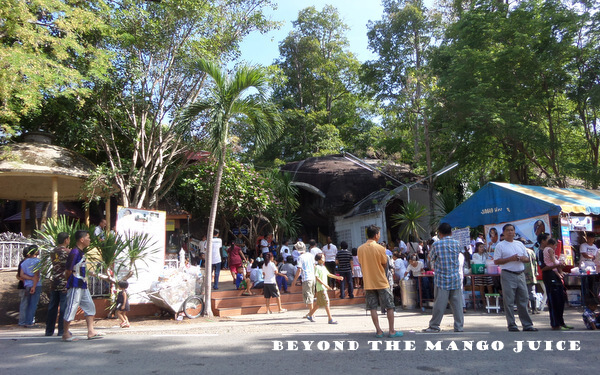 Wonderful Wi and I arrived at Wat Tham Kong Pen by chance, and my earlier post explains how. It was a stumble-upon visit but one with a massive slice of good fortune attached to it. The temple is accessed by a road leading up a steep hill climb. We passed a few hundred people coming from and going to the temple on our short walk there. Slow-moving cars and trucks prudently made their path through a swarm of food-laden people. 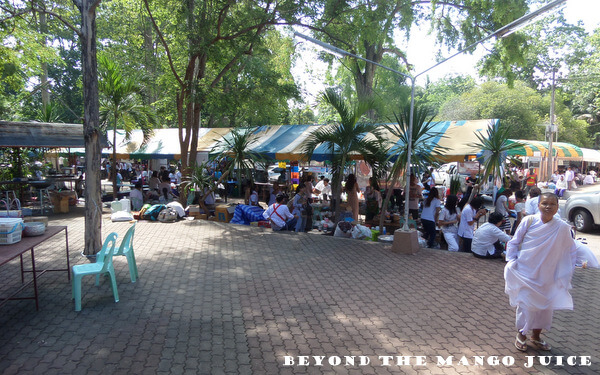 At the top of the climb, inside the temple compound, there were hundreds of people bustling around—many taking photographs. There was a large amount of BBQ and soft drinks stalls too. Wilai then explained what was going on. I’ll quote an extract from my twice referred to post.

‘….the day we arrived was the third and last day of celebrations to commemorate the death of Luang Pu Khao Analayo.

Luang Pu Khao Analayo was a revered monk who stayed at Wat Tham Kong Pen monastery from 1958 until he died in 1983. He was a master of meditation, and there were hundreds of people in and around the temple complex. All food and drinks were free.‘ 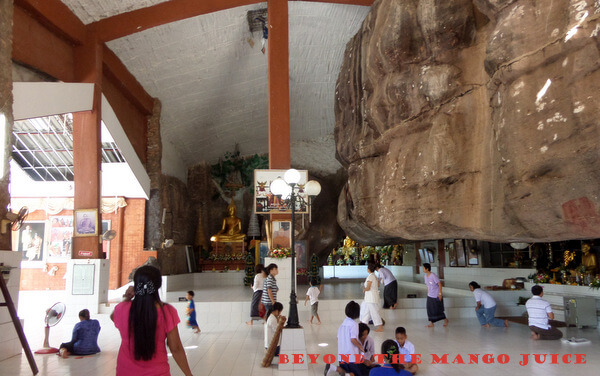 The Ordination Hall (ubosot) is built around overhanging sandstone rocks. The hall, known as the Drum Cave, has a sizeable two-sided drum that was discovered when the temple was under construction. 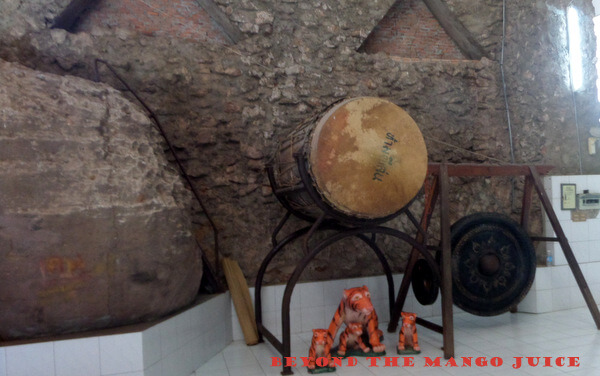 The two-sided drum next to a rubbing gong – rubbing your fingers in a circular movement can produce a loud humming sound. I’m yet to do justice to this type of gong, but I’ve seen plenty of people make one hum loudly. Plenty fail, as well. 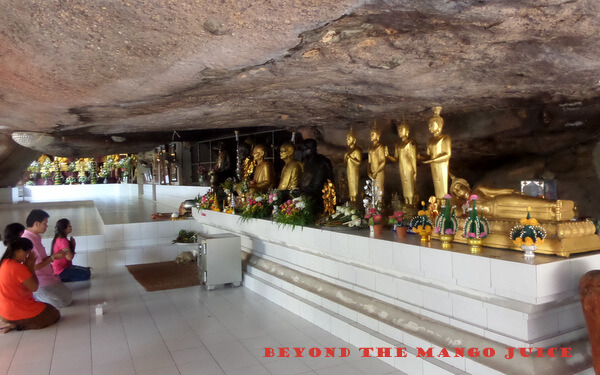 This photograph shows the sheer size of the overhanging sandstone rock. The temple is at the foot of Phu Phan Mountains – a range of hills spread over many Isaan provinces. 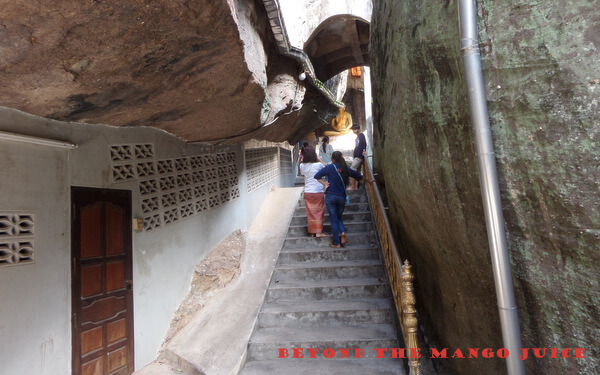 Outside on the right of the Ordination Hall were steps leading to another cave with two good-size Buddha statues inside. You can see how the building to the left has been built into the rock formation. Almost squeezed in. 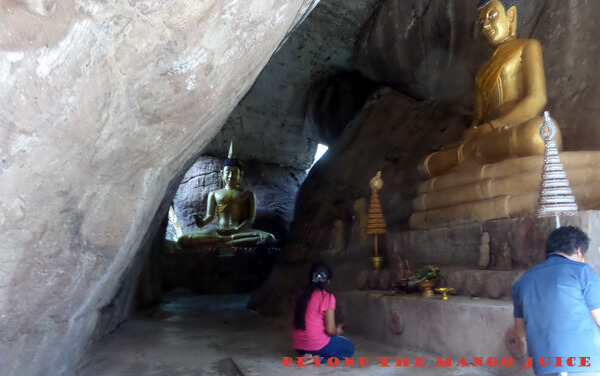 The cave revealed two golden sitting Buddha statues. There was also something of interest on one of the sandstone rock walls. 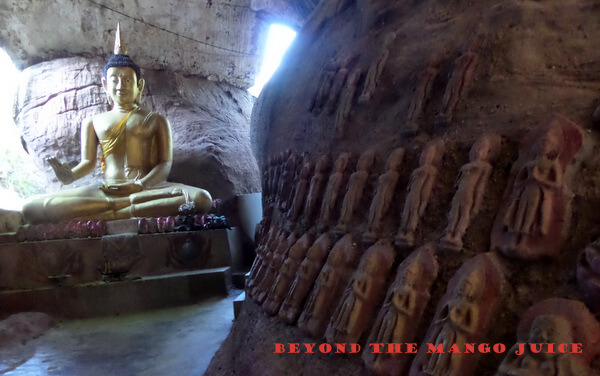 Three rows of carved human figures banked the right-hand wall. I’m not sure what they characterize or represent, but Buddhism is no doubt their core influence.

A two-kilometre trail through the forest leads to a monument of Luang Pu Khao Analayo where there is also a museum, pavilion and pagoda dedicated to the much-revered monk. Unfortunately, we didn’t have time to fit that into our timescale.

Wat Tham Kong  Pen is worth making an effort to find. It is one of the most unusual temples I have visited in Thailand and without doubt one of the more interesting sites to explore in Nong Bua Lamphu Province.

How to get to Wat Tham Kong Pen – map

Driving from Udon Thani the left turn off to Wat Tham Kong Pen is 13 kilometres from Nong Bua Lamphu. Click on the map to enlarge. 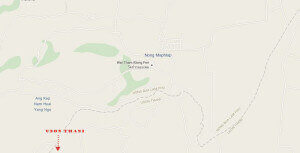