This bird farm update is my first post in a long while. The last one over four months ago. A mix of work, lack of will to write and alcohol are the main reasons for that prolonged absence. Hopefully, this post will kickstart Beyond the Mango Juice back to life.

I wrote Breeding Bantams and Guinea Fowl – Feathered Genocide in August 2015 and the post documented Wonderful Wi’s roaming collection of poultry and her wish to build a small bird farm. The goal being to breed birds and chickens to sell. In those days 20-30 Japanese bantam and six guinea fowl clucked and plucked around her plot of land.

Unfortunately last year a bird virus hit Wilai’s village and she, and others, lost many of their birds and poultry. Wi’s feathered head count dwindled to three Japanese bantam and three guinea fowl. However, things have improved since and the build of a small bird farm has played a good part in that success. 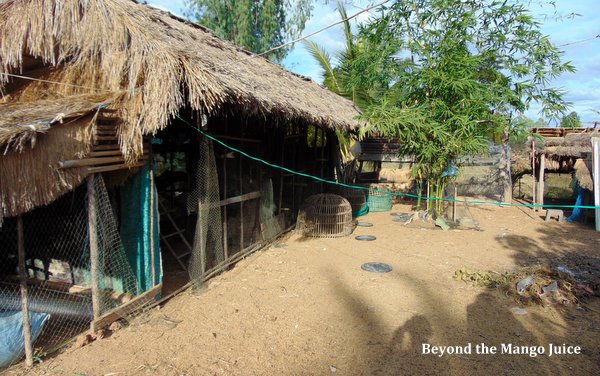 I’ve got to be honest, Beazer Homes aren’t going to scrape this post to steal the build plan but all-in-all the bird farm is a damn good honest effort. It’s hardly bulletproof, more refugee than KFC, but I think Wilai and her family and friends have done a very good job. 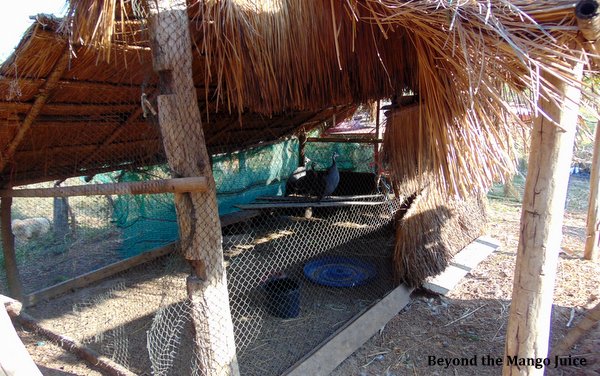 The guinea fowl have their own pen now. Pre virus their numbers had swelled to 12 but the problem was where they roamed the land any eggs laid had to be found before predators got there first. That’s not an issue now and soon the first of their twice a year laying season will arrive. The Japanese bantam have a separate pen too and already chicks have hatched. 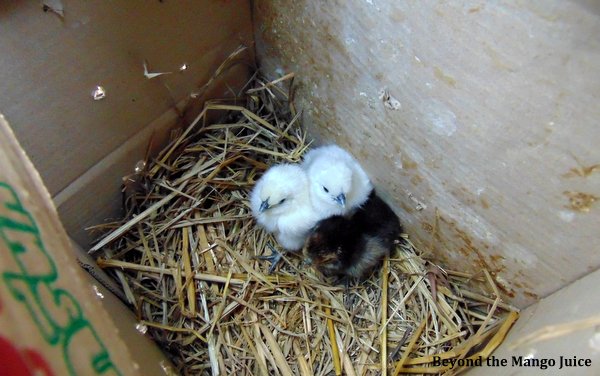 Three shown in the photograph and another nine hatched since. Wilai will hand-rear the chicks and keep them in an independent pen. 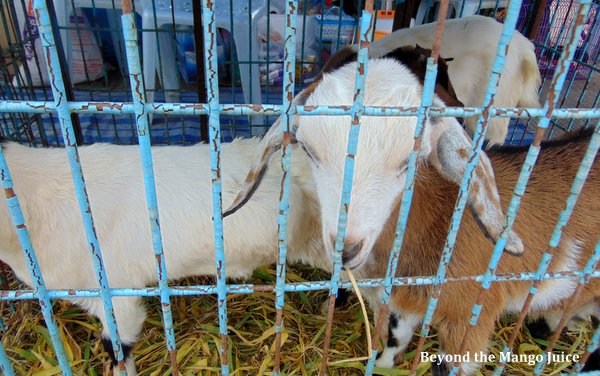 A trip to nearby Ban Dung and its annual Christmas & New Year fair paid dividends for the bird farm. The usual fairground rides, old hat side stalls, snack stalls and side shows were there as normal. There was also a trader selling farmyard animals and poultry. Goats (2500 THB each), ducks, pheasants, rabbits, chickens, Japanese bantam, guinea fowl and quail on show. The latter two caught Wilai’s eye. We bought six young guinea fowl and three full-grown quail. 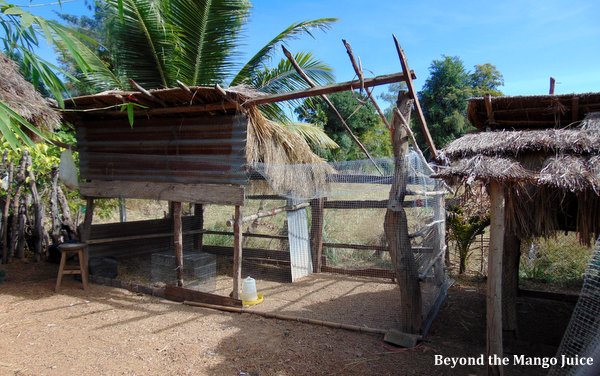 The next day Wilai and her DIY gang went to work building a quail pen. Five hours of huffing, puffing, sawing and banging and the quail pen was complete. Looking at the materials sourced I wondered if the whole village was now ‘privy’ to our neighbour’s outside toilet. Joking aside, it was another fine effort by Wilai and crew. Two days later we returned to Ban Dung fair and bought another 12 quail for the princely sum of 400 THB. Two eggs have been laid so far.

Phon Phisai Market – Should have bought some tissues

Phon Phisai is not too far from our village home and a journey to the town’s twice weekly market enriched the bird farm with a different type of bird. Two young fighting cocks. Wilai plans to train them to become champions of her district. Apologies for the poor photo below. 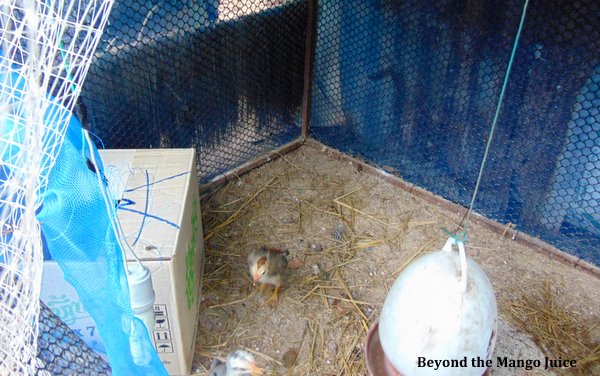 The man selling them said the cock’s were bred from a champion fighter. I should have asked if he sold second-hand cars as a sideline. In my opinion, they’ll float like moths, sting like fleas and it will all end in tears for Wilai. Then again, what do I know about cock-fighting…. nada.