Garden Coffee Shop Gets a Face-Lift 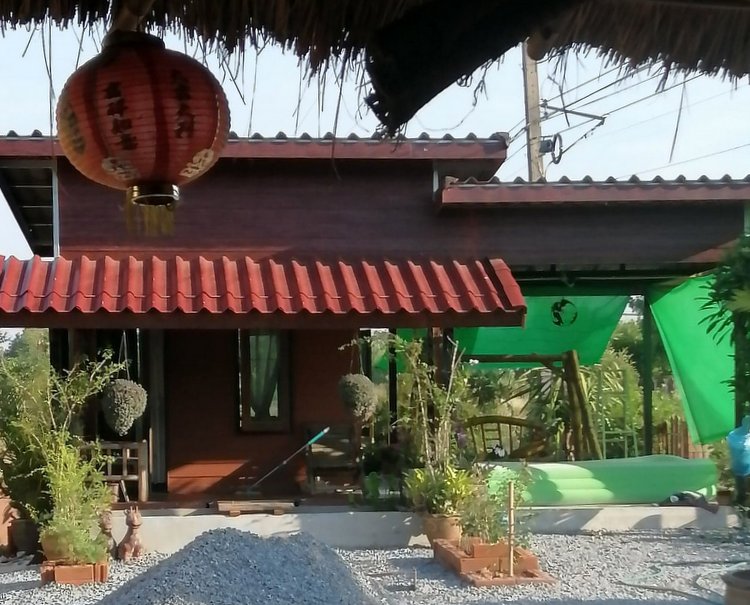 The garden coffee shop has undergone a pull and face-lift. A tug and makeover. I was at our village home to see the start of the project but returned to the UK before completion. Covid-19 and all that entails means I won’t be able to enjoy the homey, modest comforts of the remodelled coffee shop until at least mid-December. Until then, video calls and photos are as near as I can get. 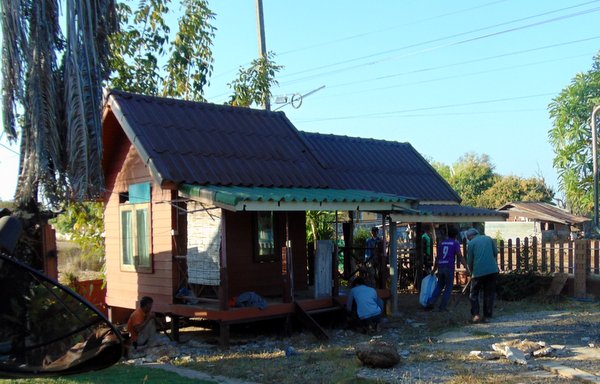 Wilai wanted the coffee shop moved forward. The move a mere three metres that’s all. The tight gap between the rear of the coffee hut and sidewall always became waterlogged after heavy rainfall. The manoeuvre would require a specialist team and a work crew arrived during my stay. Team Thai had vast experience moving wooden structures and buildings and the three-metre relocation would be a short-haul for them. No crane, just jacks, crowbars, pulleys and nine yards of sweat. 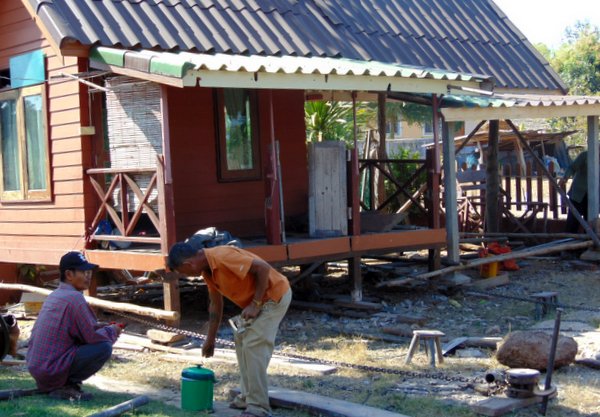 It was fascinating to watch. Enthusiasm, grunts and measured movement accompanied Team Thai’s workday. Every grunt and groan were devoid of health & safety but worthy of applause, backslaps and high fives. Good honest hard work.

A few days later I returned to the UK. 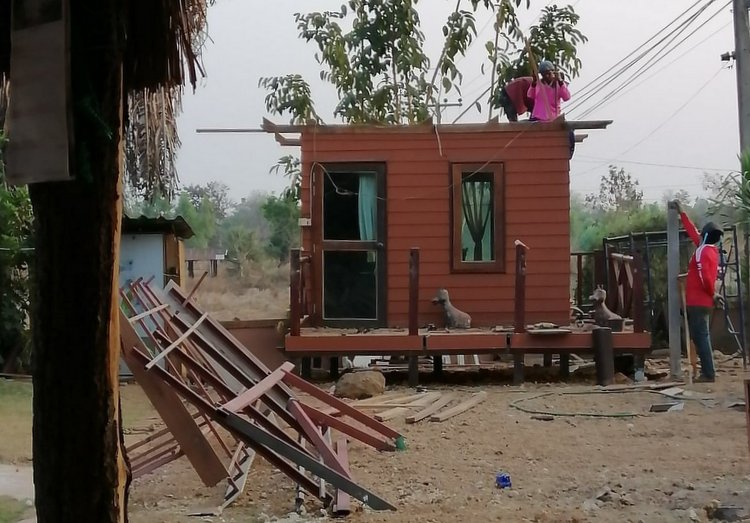 Next on the project hit list was a new style roof and concrete base. This involved a smaller work crew but having studied many photos I’d confidently guess they used the same health and safety handbook. Nonetheless, a first-rate task was completed. It was then over to Wilai to trim, prim and groom the exterior and surround. That’s the dead middle of her ballpark. 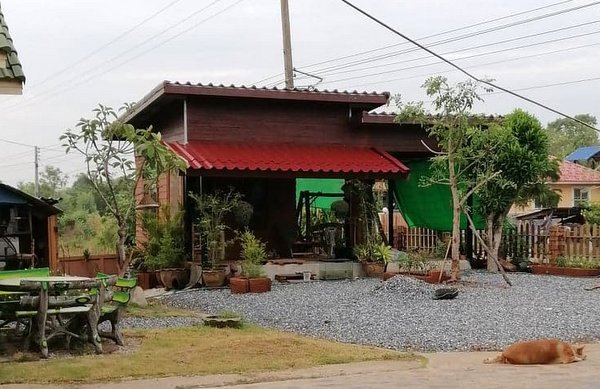 Stones and fish bones were the main additions. The easy-to-get-overgrown lawn and plant area transformed into 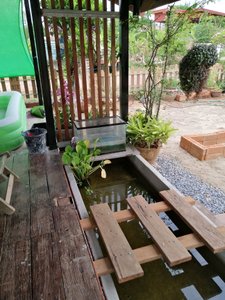 shades of grey. A small fishpond built at the front of the coffee shop too. Potted plants, trees and flowers shrubbed and hubbed all around. All-in-all, quite a transformation.

Coffee houses are immensely popular in Thailand but please don’t form a queue outside this one because this quaint wood structure hasn’t got one coffee bean inside.

”A dream can metamorphose a shack into a coffee hut!”

Wilai’s always hugged and held onto a wish to fashion the wood cabin into a coffee shop and that label has stuck from the first build to now.

There’s still work to do but next year her dream should (hopefully) come true and I’m going to be first in the queue for a slice of strawberry cheesecake.